Well, climate change is the mere representation of inviting parasitic infection. As we all know Monsoons are the epidemic season for Malaria. Over less period of time, malaria has become a significant global threat. To stop the spread of malaria in the area, everyone out there should aware of sign and symptoms of malaria so that treatment and precautions to be taken and reduce the spread of disease. Malaria is a serious blood disease caused by the single-cell parasite called Plasmodium parasite, which is spread from person to person by a particular type of mosquito.

More often patient get confused between Flu and Malaria because initial symptoms of  Malaria are quite same of Flu. As these symptoms are mild and make it difficult for the doctors to identify as Malaria.

Later, furthermore, symptoms include—
Most serious Malaria is caused by Plasmodium falciparum and carried by Anopheles genus mosquitoes. 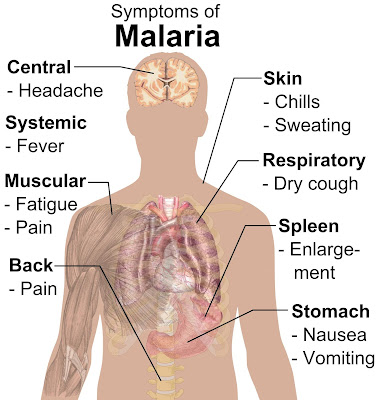 If immediate attention and treatment not taken then it can develop to severe and life-threatening complications like can result in any organ failure, enlargement of spleen, dry cough, and severe breathing issues.

Malaria if not treated can cause serious complications like Anemia, malarial parasites destroy RBC's (red blood cells) and they fail to carry enough oxygen to muscles and organs. Malaria can also develop jaundice because of loss of red blood cells.


Malaria in the rare case can affect the brain and develop cerebral malaria. Cerebral malaria is the condition in which malarial parasite attacks brain cells and cause them to swell and sometimes it leads to permanent brain damage.

If malaria is not treated promptly malaria parasite can cause infection over kidney and in a severe case can lead to kidney failure.


How to be sure of Malaria?

If you see these symptoms, it is advisable to get the blood test done. Early diagnosis of malaria and treatment of it reduces the risk of epidemic spread and prevent deaths. The surest way to diagnose malaria for your health care provider is by microscopic examination of a blood smear using Giemsa's stain. Another way to get sure is "Rapid Diagnostic Test for malaria". Unlike microscopy method, the rapid diagnostic test requires little training and the result is available after 15 to 30 minutes.

Malaria is not contagious from person to person like flu or a cold and it's not sexually transmitted.

Malaria claims the lives of  4,55,000 people per year — 90 percent of those in Africa. The malaria vaccine is still under development as per scientists.


I hope you found helpful reading this post, thank you for your time. If you have any other helpful tips, queries or information about this disease, reach out to me by comments.

Suhas Gopinath is from middle-class family situated in Bangalore, India and also started his career from there itself. His father was defense scientist and mother a house maker. He has done Bachelor of Engineering in Information Science and Technology from MS Ramaiah Institute of Information Technology. He completed his Diploma course at Harvard Kennedy School, Harvard University.

Suhas Gopinath at his early age was fascinated with the glory of the internet. He studied his school from Air Force school in Mathikere. At the age of 14, Suhas learned making website through the books of that genre available to him. By the time he made his own website entitled "www.coolhindustan.com" at the nearby cyber cafe from his house. Internet was very expensive during his time; i.e. by 2000, he cannot afford that much money so he made a barter deal with the shop owner, by the time owner goes for lunch or break, Suhas will look after and use his internet for free. This way he started his journey of success.

"I was overwhelmed by the World of Internet. It becomes a passion.Though my parents were completely against it, I would spend hours before the computer. My elder brother Shreyas encouraged a lot. I learned HTML, ASP and every possible software at the cyber cafe," recalls Suhas.

Suhas Gopinath is being passionate about innovation and technology, Indian law restricted him to start a company at age of 17, then he was forced to register the company at Sane Jose, California in 2000. Suhas Gopinath bestowed as the youngest member ever of World Economic Forum's history. 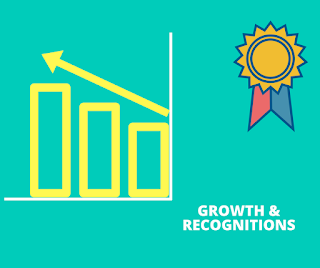 Suhas Gopinath has been recognized as a "Youngest Global Leader" for 2008-2009 by World Economic Forum. Suhas use to sit in ICT advisory boards of World Bank Groups at the age of 22. He is also the member of  Ministry of Science and Technology, Government of India, Social Peace Foundations, IIT Bombay Entrepreneurship cell and more. We need to unpack the surpassing ideas of great CEO to be a great CEO.

In today's world, Globals Inc. is the multinational company with the approx profit over 1$ million annually. Globals Inc now spread worldwide in 11 countries namely India, United States, Canada, Germany, Italy, the United Kingdom, Australia, Spain, Singapore, Africa, the Middle East and has over 600 employees in India and more than 100 abroad.

Global Inc—an IT service industry have the main interest in marked areas of Education, Financial Services, Government, Independent Software Vendors (ISV's), and Media and Online Services. Globals Inc has the new featured project in the healthcare sector where they provided online healthcare platform that enables doctors to offer consultation to non-emergency, non-critical patients online and will facilitate doctors to manage their appointments and patients portfolios. Get to know more about Globals Inc, click on this link Globals Inc- LinkedIn portfolio.

As per Suhas Gopinath, Bill Gates was his inspiration in the making of Globals Inc. With his good fortune, Suhas has met Bill Gates(his inspiration) when Gate visited Banglore, India in 2009. Suhas now 31, offers the platform for the youth to bring up the talent and stand out in the market.

at April 15, 2018 6 comments: Links to this post
Email ThisBlogThis!Share to TwitterShare to FacebookShare to Pinterest
Labels: CEO, Motivation

Nutrition Facts And Benefits of Banana And Recipe of Banana Smoothie

Nutrition Facts And Benefits of Banana And Recipe of Banana Smoothie


Calories in medium-sized ripen Banana is 105.4. Don't feel bad after eating a banana by thinking you consumed 105 calories as there are other fruits which provide more calories like an apple provides 115 calories because if you see in terms of other minerals like potassium, sodium, and fibers banana is much more valued and perfect healthy fruit. Do not only see banana for its high sugar content but also see for its other nutrient combinations which are rare in other fruits. The banana provides good nutrition value and lots more benefits of banana; that will see in this article.

Some of the fitness consultants tell you Banana is not healthy for your diet due to its sugar ratio, in fact, some suggest banana for its nutritional value by stating banana is packed with healthy vitamins and a great source of energy. Let's clear this confusion about banana and find banana's nutritional value.

Nutrition Facts And Benefits of Banana

Banana holds the good amount of soluble and insoluble dietary fiber and this helps in bowel movements. Soluble fibers allow the body to manage blood sugar level and cast off the fatty materials which include LDL cholesterol. Insoluble fibers provide bulk, weight, and softness to stools, making it simpler the intention to have everyday bowel movements. Thereby, improves constipation.

Bananas are made out of three unique sorts of sugars: glucose, fructose, and sucrose. Glucose and fructose are immediately assimilated into the circulatory system and give a quick jolt of energy.

Vitamin B6(pyridoxine) plays a catalyst role in the conversion of food into energy. Banana is a good source of Vitamin B6 and thus enhances body energy in no time.

Some fitness experts state it's debatable for weight loss and weight gain. Some experts will tell you to avoid banana because they are higher in sugar content than other fruits. Pectin in the banana is the water-soluble fiber lowers total LDL(Low-Density Lipoprotein) in the body. Fibers stuffed in banana soak water in the stomach and acquire most spaces and make you feel fuller, which helps in weight loss.

Bananas, particularly yellow bananas, have potential to digest food easily and must consider it when you are sick with indigestion.

If you eat a medium sized banana on daily basis it can provide you with 17 percent Vitamin C of recommended daily value. Also one medium size banana gives 13 percent of manganese daily need; manganese help body makes collagen which keeps your skin younger.

Banana and their peels are full of antioxidants which give you a revitalizing effect on the skin. Either you apply banana mash or rub a banana peel on your face both will help in fading your blemishes or scars. The banana peel helps in treating acne(I will share in my coming post).

The body needs Potassium, Magnesium, Vitamin B complex, and Vitamin C to keep bones strong, banana is the jackpot of all these for maintaining strong bones. Magnesium is important for bone strengthening process.

Banana contains elements like tryptophan and amino acids which aids in creating the happy mood.

Imbalance in tryptophan and amino acid level fails to create a neurotransmitter called serotonin which regulates mood and sleep and hence disturbs the mood. But Banana holds all those elements and moderate the body to create feel-good hormone.

Banana contains the good amount of Vitamin B, which gives a calming effect on the mind and make you feel more relaxed and at peace.

Vitamin C is the key vitamin because it helps in repairing tissue, any wound, and can help wound heal than some other fruits. A raw or green banana contains more pectin fiber which aids in wound healing.

Last but not least, bananas increases the sexual desire as it is packed with minerals like potassium, bromelain, and various vitamin- B complex like vitamin-B6. These all play a vital role in the production and regulation of sexual hormones. With this natural aphrodisiac properties, banana can increase libido, sexual function and enhance stamina.

Combine all the ingredient in the blender including vanilla extract. to give good smell and taste we add vanilla extract. Blend until smooth and add ice cubes. Serve immediately. Enjoy healthy and protein-rich Peanut Banana Smoothie in this hot summer.

Immunity is the major concern during and after this COVID-19 outbreak and taking care of your body is your duty. While in this quarantine w... 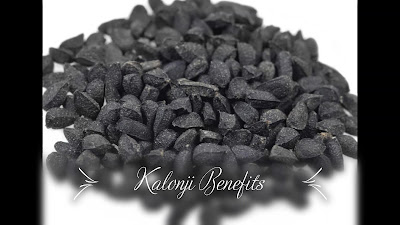 Get your amazing skincare products

Check out amazing sale on Flipkart

Eureka Of Life welcomes you all. This blog is for healthy living, home made remedies, being inspired and motivated and learning amazing facts.